I am liking this app if nothing for a way to score stations easily and see some top level stats. ...

Andrei Erdoss - 106 Reputation
latest answer
Great suggestion and something that can be implemented with the current data. I will look into adding it. Any other suggestions from you or anybody else? Read More
Equipment · Skeet · 1 answer · 946 views · 0 votes · posted by John McCarthy

For Handicap Trap, Does It Make Sense To Filter Stats By Yardage?

Currently, all handicap trap stats are bundled together. I was wondering if it made more sense to...

scott wilson - 41 Reputation
latest answer
I was just about to post a request to ask if you could add a filter by yardage to see stats from each yardage.  A lot of high school shooters in our area shoot at different yardage each week based on how they shot 16's at a match.  Then you throw in AT... Read More
Support · 1 answer · 763 views · 0 votes · posted by LHPF Young Guns

For Coaches How Can We Delete Or Edit Records On The Website?

Andrei Erdoss - 106 Reputation
latest answer
At the moment editing scores or adding other records in the name of the shooter is not allowed for a coach. This is because there are no ways at the moment verify the coach/student relationship. Read More
Competitions · 1 answer · 691 views · 0 votes · posted by LHPF Young Guns

How Do You Enter A Competetion? I See The Heading On The Records Page But Can Not Figure Out How To Enter Scores To A Competition?

Andrei Erdoss - 106 Reputation
latest answer
At the moment only individual shooters can enter a competition. As I mentioned the coaches section is under development. Would it be useful for coaches to add the student's scores to a competition? Any feedback is appreciated.  Read More
Support · 1 answer · 659 views · 0 votes · posted by LHPF Young Guns

On The Average Graph Why Is It In Average And Based On A Round Of 25? Also What Is The Rolling Average Based On I.E. Is A 6 Score Or How Many?

Andrei Erdoss - 106 Reputation
latest answer
Great questions!The average graph is based on the percentage of each score and not based on the round of 25.The rolling average is based on the last 4 days of shooting. Read More
Support · Trap · 1 answer · 1.57k views · 0 votes · posted by scott wilson

How come nothing is showing up in the Shell Stats on the dashboard? It would be nice to see what...

Andrei Erdoss - 106 Reputation
latest answer
That's a bug and I fixed it! Thanks for pointing it out.Please let me know if you find any other irregularities or if you have suggestions on improvements to the site. Read More
Equipment · 1 answer · 718 views · 0 votes · posted by Jane

What Do You Look For When Buying A Shooting Vest?

My old vest has outgrown me and I'm looking for a new one. Also, do you have a favorite brand?

scott wilson - 41 Reputation
latest answer
I have been using a Browning vest for 3 years now.  It has the recoil pad in the and I ended up removing because I could not get a good mount.  This vest is also mesh for the sides and the rear which helps in the hot months.  Each of the pockets on eac... Read More 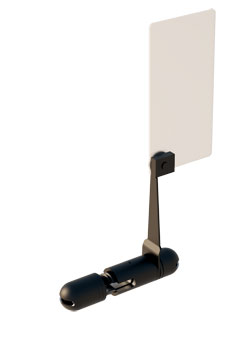 Fix Cross Dominance Issues
Your Ad Here
Cookies help us deliver our services. By using our services, you agree to our use of cookies. Learn more